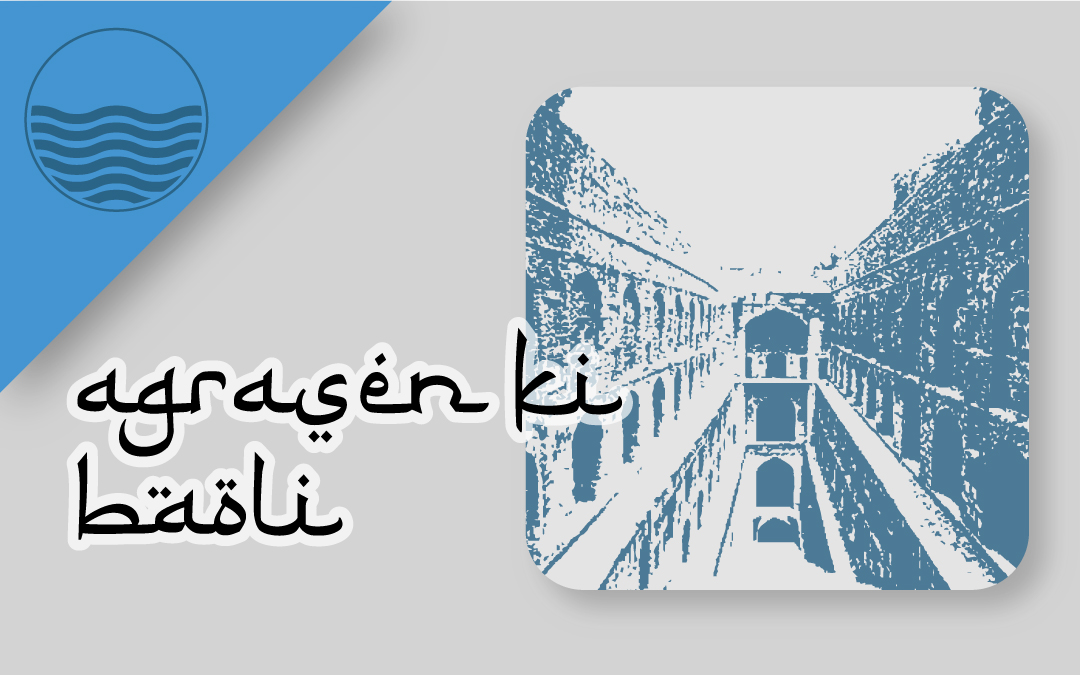 Among the most haunted places in Delhi, this water tank is believed to have been built by the legendary raja Ugrasen of Agroha, in the Mahabharata times. Legends also suggest that the powerful Agarwal community of traders repaired the well in the 12th century C.E. The architecture of the water tank, however, suggests that it was re-built during the Tughlaq period in the 13th-14th century C.E.
The word baoli is frequently used for step wells in the gujarat and rajasthan areas. The word also means mad or crazy in marwari. The black waters of the step well are believed to have a hypnotic effect on people, mesmerising them and driving them to jump to their deaths. The location has become a popular shooting spot for film makers and has featured in some super-hit films and photo-shoots of the recent times.

It is a large stepped well that measures 192 feet by 45 feet in totality and 129feet 3 inches by 24 feet 6 inches at the level of the water. The material used in construction is rubble and dressed stone. At the northern side 33 feet 6 inches are roofed that also formed a platform or sitting place. Located near this is also a well of diameter 25 feet 6inches built of the same material as that of the baoli.

“Monuments of Delhi: Lasting Splendour of the Great Mughals and Others Volume II Delhi Zail.”1997.
a. https://www.nativeplanet.com/travel-guide/facts-about-agrasen-ki- baoli/articlecontent-pf16086-003161.html
b. https://www.rekhta.org/
Special Action – a player who lands here gets mesmerised and can only be redeemed by another player who has landed at any of the ‘dargahs’ on the game board. The player at the baoli must give 2 tokens / cowries as a gift to the redeemer.