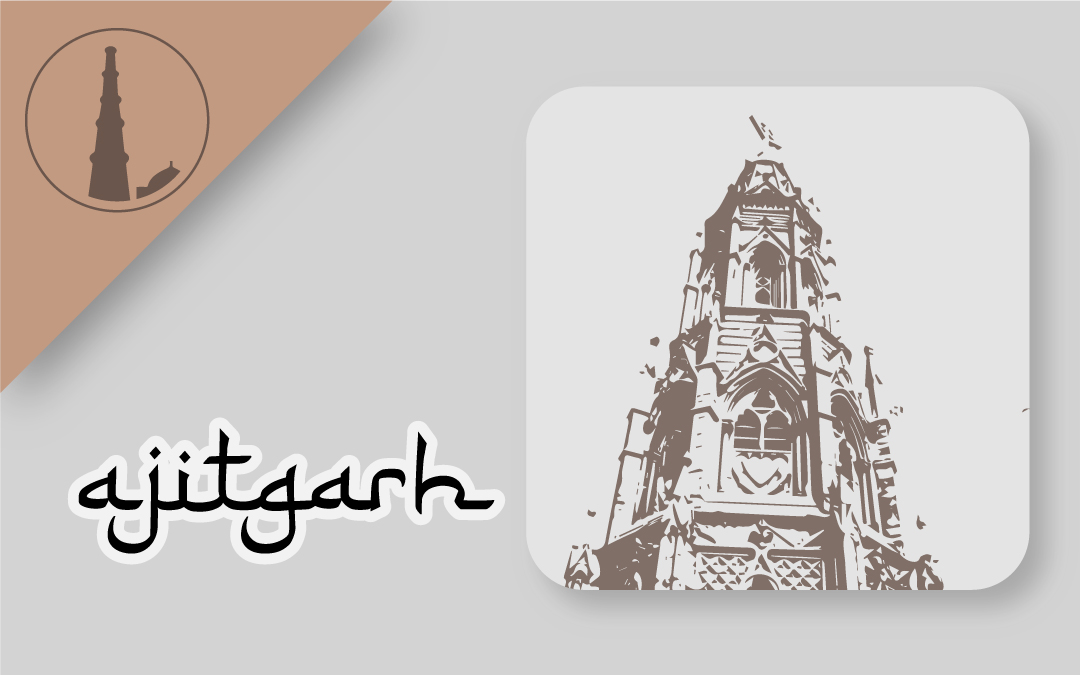 The mutiny memorial, now known as Ajitgarh, was built in 1863 in gothic architecture to commemorate the martyrs of Delhi Field Force, British and native, who fought in the mutiny of 1857. Originally named as the mutiny memorial, it was rechristened after Independence as ‘Ajitgarh’ by the government on the account 25 th anniversary India’s freedom. The memorial for the British carried a sense of lament and loss while for the Independent India it symbolised victory. The plaque put up by the Indian government reads that those who are recorded as enemies on the memorial were in reality true martyrs, heroes and champions of Indian independence, hence the name ‘Ajitgarh’. Other places associated with the mutiny of 1857 include: Ludlow castle, Kashmiri Gate, Flagstaff tower, Qudisa Bagh, Humayun’s Tomb, Telegraph Memorial and Nicholson cemetery to name a few. The mutiny of 1857

The mutiny memorial, now known as Ajitgarh, was built in 1863 in gothic architecture to commemorate the martyrs of Delhi Field Force, British and native, who fought in the mutiny of 1857. It is a tower that rests on a high base made of local hardstone and covered with red sandstone. The base is divided into two stages. The lower stage is bounded by iron railings and is accessible by stairs situated on all four sides. The tower is tapering and is octagonal in shape. It is surrounded by stairs and is circular from the inside with diameter 7feet 6 ½ inches. The tower measure 110 feet in height. On the western side is the arched entrance into the tower. The tower is topped by a red sandstone spire and crowned by a marble cross.

a. https://www.thehindu.com/news/cities/Delhi/tales-of-1857-verses-of-love-and-despair/article6043651.ece
b. https://en.wikipedia.org/wiki/Mutiny_Memorial
c. https://www.livemint.com/Leisure/IVyBJW1WKw67cbdeBwuNRP/Memories-of-the-Mutiny-of-1857.html
d. “Monuments of Delhi: Lasting Splendour of the Great Mughals and Others. Volume II Delhi Zail.”1997.