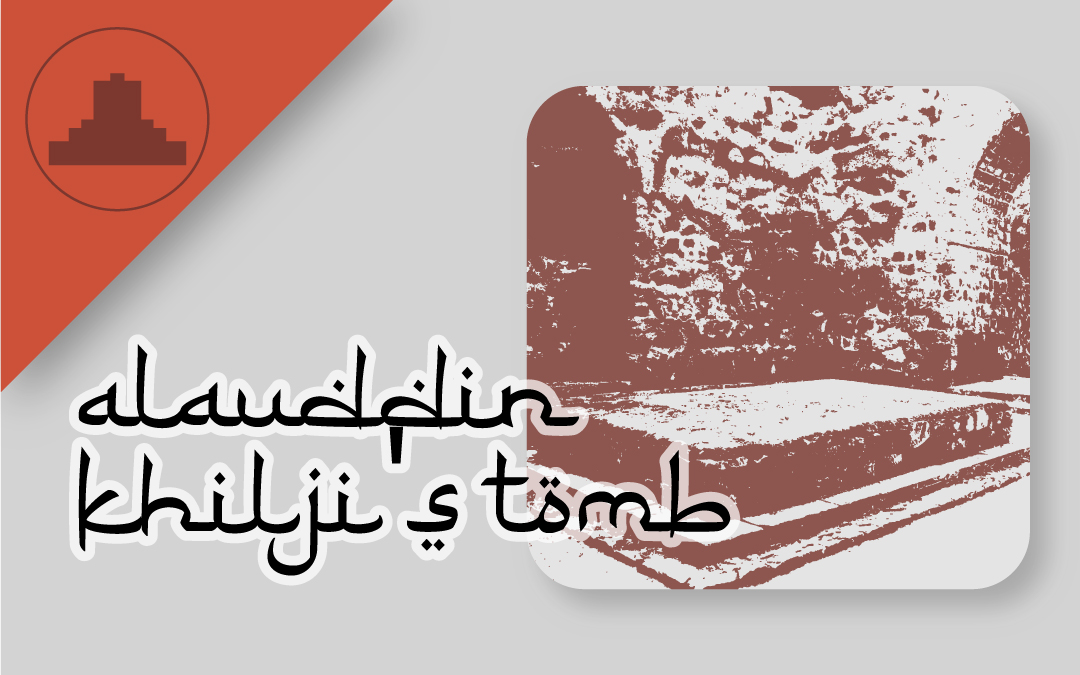 Mati kahe kumhar se, tuu kya roundhe mohee.
ek din aisa aayenga, main roundhoo toye.
Aaye hain te jaayenge, raajaa, runk, phakeer.
ek singhasan, chadhi chale, ek bandhe zanjeer.
Clay says to the potter, “Today, you are moulding me…
…such a day will come when, I shall be moulding you”
All those who come have to go, whether King, Pauper, or Saint…
One goes sitting on a throne; one goes handcuffed in chains.
-Kabir
.

The coins of Alauddin Khilji mention him to be ‘Sikander-e-Sani’ or the Second Sikander. He was one of the most significant and powerful ruler of the Khilji dynasty. He died in the year 1316 C.E. As the above doha by Kabir goes, that besides change nothing is permanent in life and how helpless man is to avoid the inevitable forces of life and death. That a man in the capacity of Alauddin Khilji, who thought that he had conquered the world, could not understand that nothing lasts forever, at least not hubris of power.
The tomb and madrassa of Alauddin Khilji is one of the first such combinations in the country.

The tomb and madrassa of Alauddin Khilji is one of the first such combinations in the country. The structure consists of an L-shaped madrassa on the southern and western sides surrounding an open courtyard. On the western side is a row of seven rooms, out of which two are domed. These ‘high drummed’ domes consist of corbel arched gateways beneath them. The building on the southern end consists of three rooms, the central one forming the tomb. The tomb chamber is separated from the rooms on either side by passageways. The walls of the tomb are constructed of rock and limestone. The dome above the structure has not survived the ravages of time. It is one of the first examples of a tomb to be located within a madrassa in India and is reminiscent of Seljuk architecture.