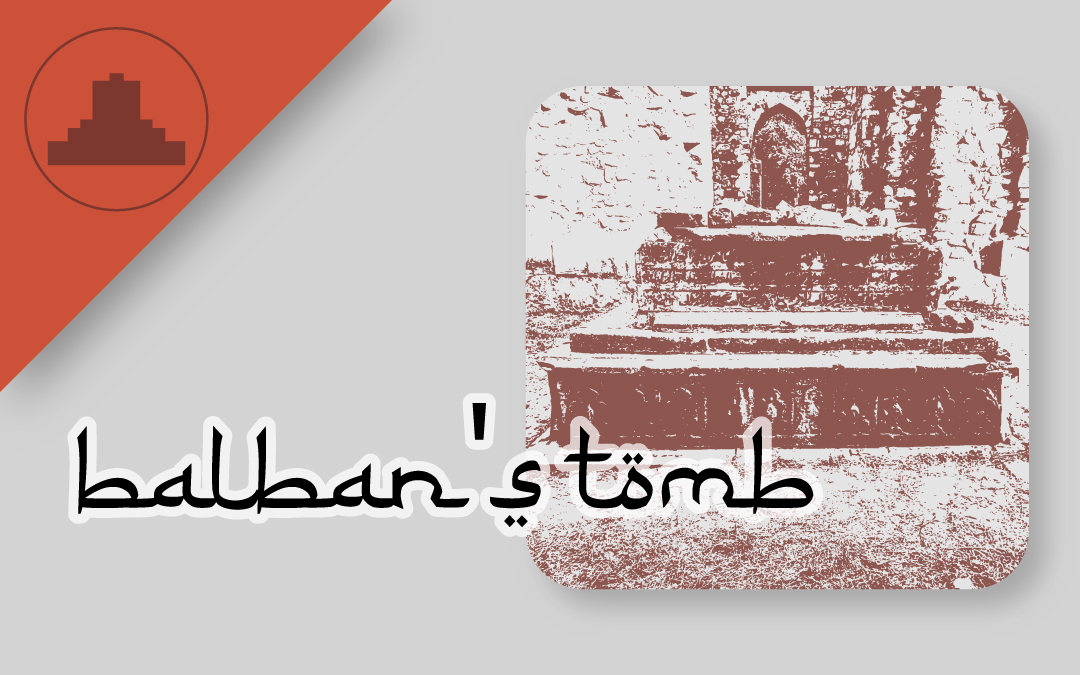 The tomb belongs to Ghiyasuddin Balban of the Mamluk (slave) dynasty who ruled from 1266-1287 C.E. Balban was one of the Turki slave of Shamsuddin Iltutmish and also his son-in-law. His tomb is located in the Mehrauli Archaeological Park and was constructed in circa 1287 C.E. It is speculated that the ruined rectangular structure to the east of the tomb is believed to be the grave of his deceased son, Khan Shahid who died fighting the Mongols in 1285. Balban was one of the most prominent and last strong ruler of the Slave dynasty. After a few years of his demise, the Khiljis took over the Delhi Sultanate.

The tomb is built of rubble and covers an area of 38feet sq. On the east of the tomb is another compartment, belonging to that of his son Khan Shahid. It is completely ruined. On the west also lies a compartment which is again in ruined state. From the architectural point of view, this tomb is important as it has evidence of first Islamic arch in India. Scholars are also divided in opinion whether this tomb also had a dome on the top which hasn’t survived or the tomb was open to sky like the Iltutmish’s tomb. However, this leaves the dome on the Alai Darwaza to be the first dome of the indo- Islamic architecture in India. There are a few reminiscences of blue tile work outside the tomb which leads to the speculation of it being adorned with beautiful tile work.

a. https://en.wikipedia.org/wiki/Tomb_of_Balban
b. “Monuments of Delhi: Lasting Splendour of the Great Mughals and Others. Volume III Mehrauli Zail.”1997.