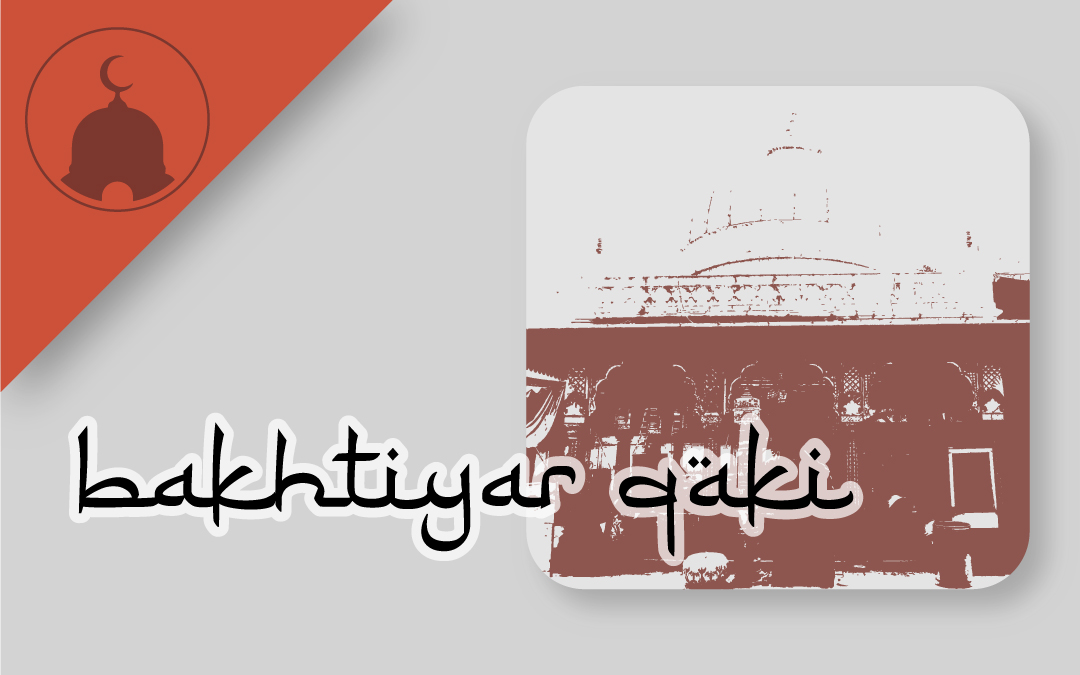 mun cheh goyam hust too khawja mueen, abd-e khud ra qutb-e dowraan kardah ee o khawaja mueen!
Mine are only the (vain) words, but you embody the reality . . . (as) you have elevated your slave to the axial saint (qutb) of this age.

These are words from a poetry written by the saint himself. ‘Qutbuddin’ – leader of the faith, like the rest of the words in his name, feel like titles that were conferred upon a person whose original name is possibly unknown. ‘Bakthiyar’ – the fortunate one who has also has control and ‘kaki’ – small cakes of bread were titles conferred upon Qutbuddin, the successor of Khwaja Moinuddin Chisti, the first sufi saint in India. The titles immortalise in time the legends of miracles that the khwaja is associated with. Sultan Shamsuddin Iltutmish is believed to have performed the funeral ceremonies himself and Baba Farid, as the legends go, used the sacred ‘mitti’ from Hauz-e-Shamsi to cover his grave. Many additions have been done with time to this Dargah. What was once an open mound of dirt, in accordance with the wishes of the saint himself, is today a marbled enclosure under a dome which was built by the British. The legends of the merciful pir are still alive, hundreds of years after his death and the receivers of his benevolence include Indira Gandhi and the refugees of the partition