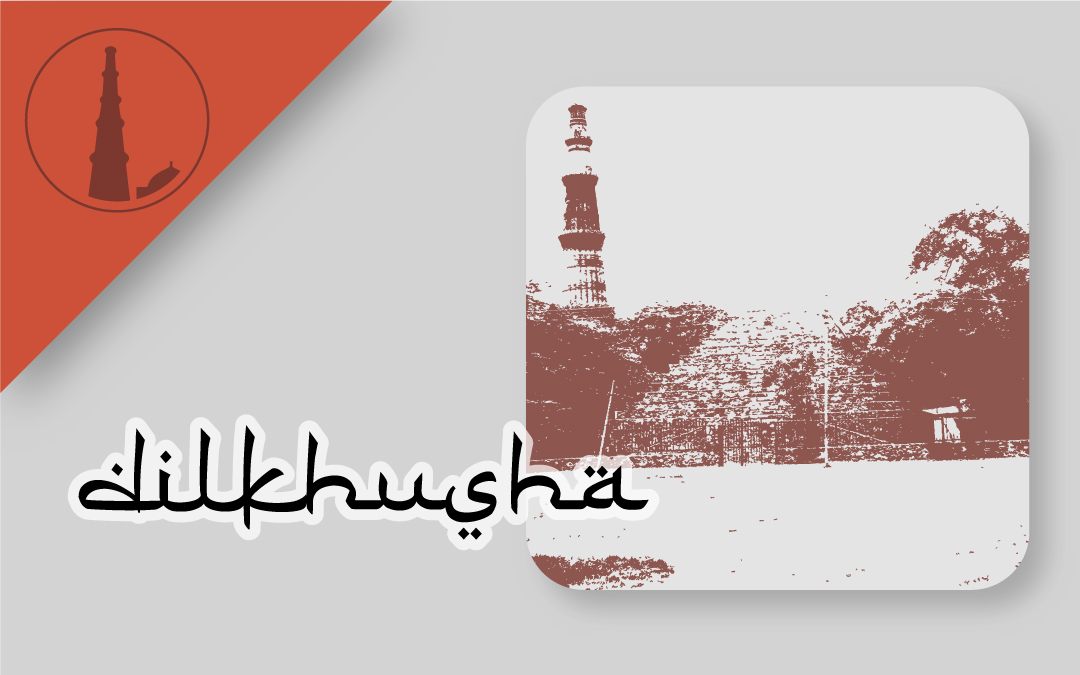 Another house that belonged to Sir Thomas Metcalfe, the fourth Baronet, is named Dilkhusha ‘Delight of the Heart’ and is located in Mehrauli. It is originally the tomb of Quli Khan, the brother of Adham Khan and foster brother of Emperor Akbar. The tomb is octagonal in shape and was originally adorned in beautiful stucco work. Sir Metcalfe converted the tomb into a monsoon retreat and built water courses and added follies around it. Waterworks included a tank with a dovecote and the ziggurat steps were added to the main structure. He also converted the tomb chamber into a dining hall. The retreat was also rented out to couples as a honeymoon suite. Sir Thomas Metcalfe died under mysterious circumstances on 3 rd November 1853 at the age of 58. Apparently, in 1852 he sent a message to Mughal Emperor Bahadur Shah Zafar that he won’t be succeeded by any of his sons. He along with three others who were a part of this scheme died within a year. According to a narrative, he was administered poison by Zeenat Mahal, wife of Bahadur Shah Zafar. He is presently buried in a white marble tomb, located outside Skinner’s Church near Kashmiri Gate.

The tomb of Quli Khan He was the brother of Adham Khan and foster brother of Emperor Akbar. His tomb is domed and rests on a high platform. To access the tomb are a flight of steep steps, resembling the structure of ziggurat. The tomb is octagonal in shape and was originally adorned in beautiful stucco work. Sir Metcalfe converted the tomb into a residence and a retreat building water courses, pavilions and follies around it.