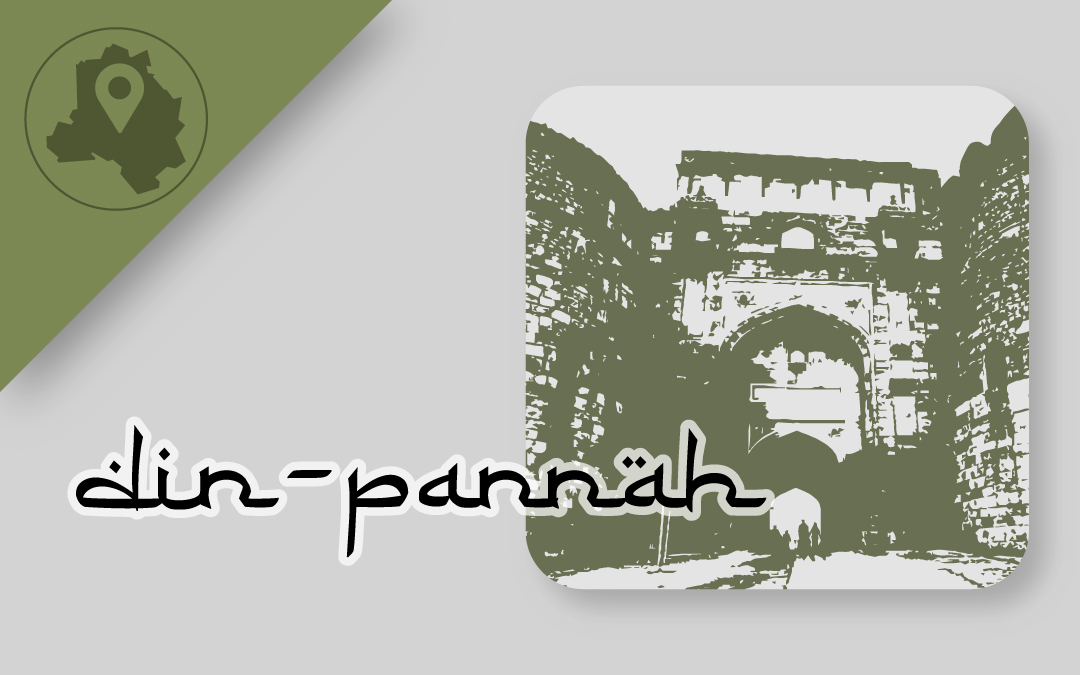 Din-Panah or “Asylum of Faith” was the city of Delhi founded by the second Mughal Emperor, Humayun in August, 1533. Humayun was an expert in astrology and is considered that it was him who chose the date for beginning of the construction of the city.
The site was chosen because it was located next to the river Yamuna and its water could be easly diverted to the moat of the fort. However, Humayun was not the first to select this particular site for habitation. Centuries ago, the same site was used for settlement. A village that existed in this area was known as the “Indarpat” and was identified with the famous “Indraprastha” mentioned in the Mahabharata.
In 1540, Humayun lost the battle of Kannauj and his empire passed on to the victorious Afghan leader, Sher Shah Suri. Humayun was thus, exiled from Hindustan for 15 years before he regained his lost realm in 1555. During his exile, he took refuge in the court of Shah Tahmasp of Persia. The latter agreed to grant Humayun military aid on the condition that the Sunni Mughal Emperor embraces Shiasm. Humayun accepted Shah’s terms and was thus given military support to regain the long lost Mughal Empire. Humayun did not live long and passed away after six months of regaining his empire. Humayun’s life was full of fits and starts and likewise was his death, which was due to his stumbling down the staircase.