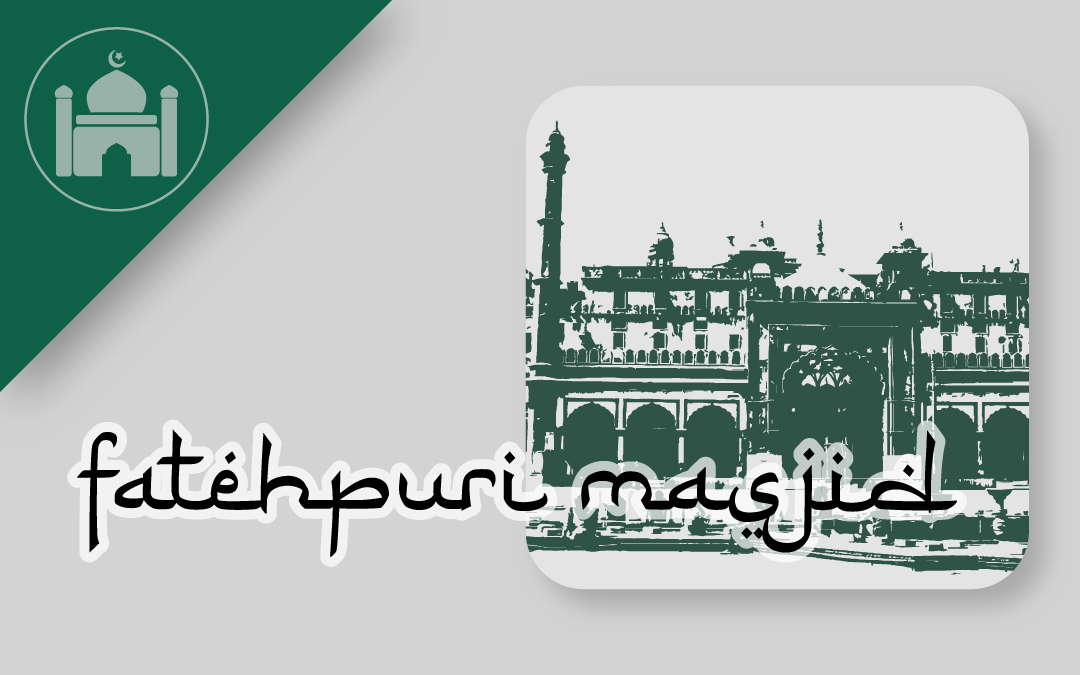 The masjid was constructed by Fatehpuri Begum in the year 1650 C.E. It is located on the western extremity of Chandni Chowk, directly opposite Qila Mubarak that is conspicuous on the eastern end of Shahjahanabad. The courtyard of the masjid contains more than twenty graves of Islamic scholars. Festivals such as Id-ul-Fitr and Id-ul-Azha are celebrated with great fervour at the masjid.
During the Sepoy Mutiny of 1857, the masjid became a station for the Indian troops. According to the popular belief, during the time of the Mutiny, some portion of the masjid was sold by the British to a wealthy Hindu merchant known as Lal Chunna Mal. The masjid was again acquired by the Muslims in 1877. However, much damage was done to the masjid by the end of the sepoy mutiny as soldiers had carved their names on the beautiful red stone walls.
The famous Haveli of Lal Chunamal is situated near to the masjid in Katra Neel market. It is however, in good condition owing to the preservation and conservation undertaken by the owners of this haveli, unlike the many crumbling havelis of chandni chowk. It was built in the year 1848 and covers an area of one acre, containing 128 rooms. Lal Chunnamal was such a wealthy man that he used to grant loans to the last Mughal emperor Bahadur Shah Zafar. He also supplied shawls, silks and brocades to the royal family. This haveli has also catered to the dinner visits of Pt. Jawaharlal Nehru and his daughter Indira Gandhi.
Today, located close to Fatehpuri masjid is khari baoli, famous for its spices, nuts and dry-fruits. Few iconic eateries close to Fatehpuri masjid are the original outlet of Giani Icecream and Chaina Ram, a well-known Sindhi confectionary shop.

a. Monuments of Delhi: Lasting Splendour of the Great Mughals and Others. Volume I Shahjahanabad.”1997.
b. https://www.speakingtigerbooks.com/excerpts/chandni-chowk/
c. https://www.masjidfatehpuri.in/history.html
d. https://www.bbc.com/news/world-asia-india-37640689.