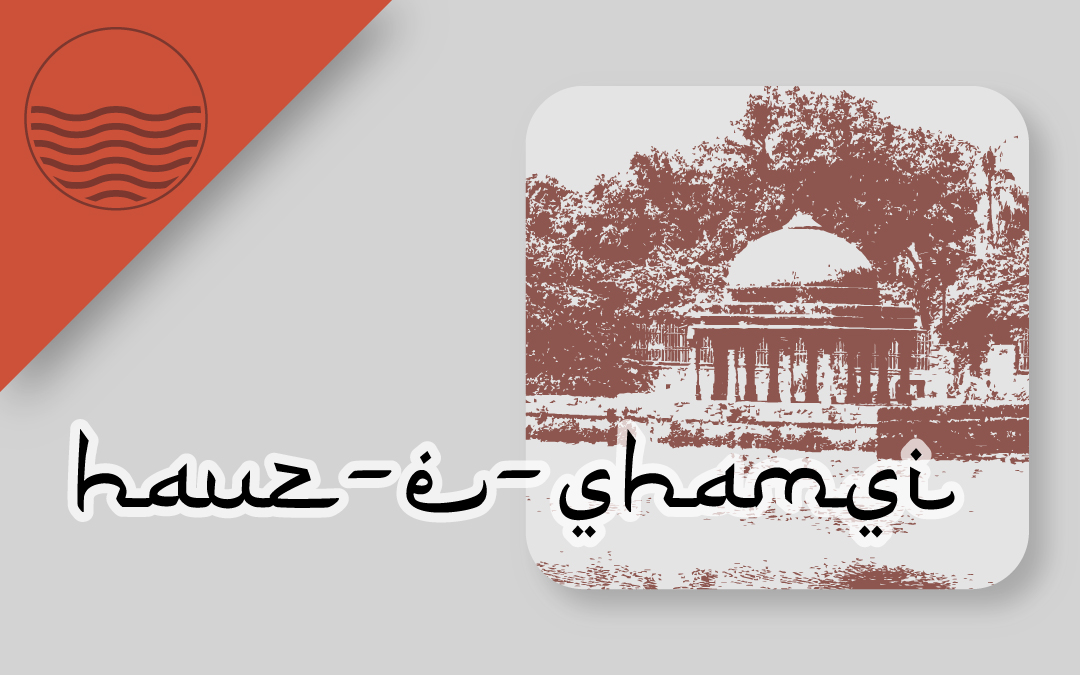 Buraq, the steed that took the prophet to heaven is variously known to be a winged half mule and half donkey. In some traditions it is known to be a winged horse with the head of a woman and the tail of a peacock. The logo of the Shamsi Talab, as it is now called, reflects this tradition. It is believed that Iltutmish had a vision of the prophet guiding him to this site and instructing him to build a large water tank for the citizens there. Iltutmish on inspecting the area is believed to have found the hoof mark of the prophet’s steed, Buraq, following which, the Hauz was commissioned. Alternatively, there is evidence which suggests that Qutubuddin Bhaktiyar Kaki had the vision of the prophet and guided his disciple Iltutmish to build the water tank to provide the residents of Delhi with drinking water. A pavilion marks the sacred location of the hoof print around which the tank was excavated to harvest rain water. In recent times, a lot of initiative has been taken to revive the narratives that entwine the lake, using technology and other means.

The tank was built by Sultan Shamsuddin Iltutmish in 1229-30 C.E. Initially, it spread across an area covering more than a hundred acres (276 bighas) and was bounded by red sandstone. The stone no longer remains and the tank has also silted over the years. It was cleared off the siltation by Alauddin Khilji in 1311-12 C.E. and was again repaired by Feroz shah Tughlaq during his reign.