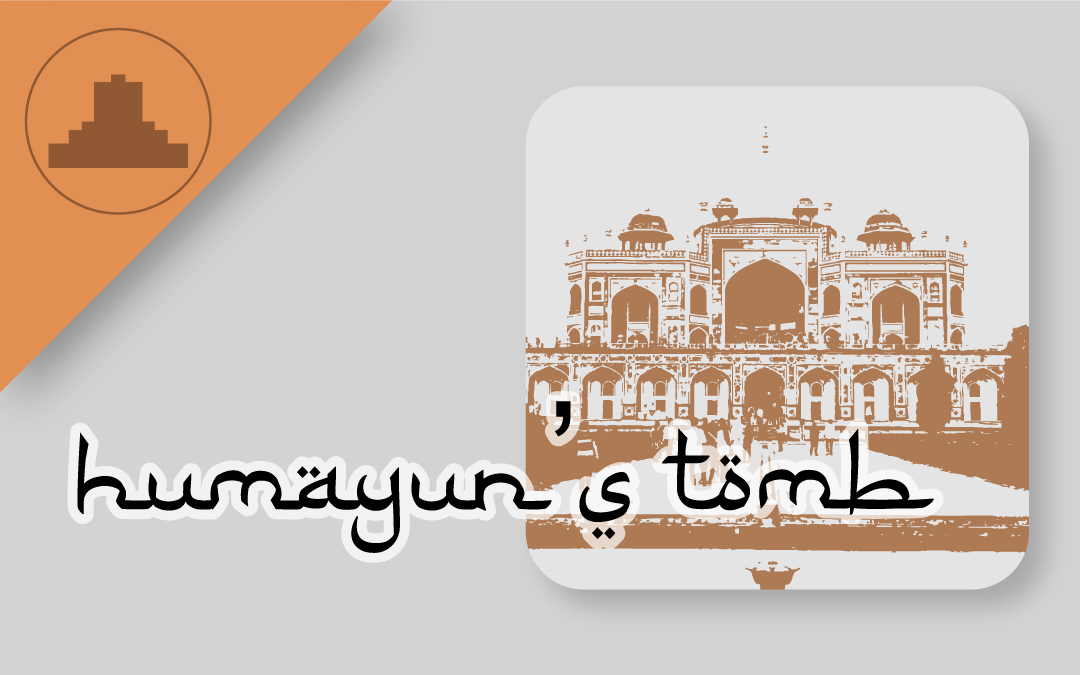 While Taj Mahal has often been described as ‘sheer poetry in stone’, Humayun’s Tomb is no less. The latter served as an inspiration for the former. It is the first garden tomb built in India and was the biggest tomb of its time in the whole of Asia. The tomb is built in classic Mughal Charbagh style, the gardens through which water channels run, connected to the notion of paradise. During the 16th century, the river Yamuna flowed right next to the tomb that used to feed water in the canals that ran through the length and breadth of the tomb. It is located close to the dargah of Hazrat Nizamuddin Auliya, in order to seek the revered sufi’s blessings.
The architects of the Humayun’s tomb were Sayyid Mirak Ghiyas and Mohammad Sayyid, a father and son team, who were brought from Bukhara, Uzbekistan. It is suggested that the tomb was constructed between 1568-71 C.E. on the orders of Humayun’s chief wife, Hamida Begum or Hajji Begum for her beloved husband. However, some scholars opine that a project so grand was controlled and patronised by Emperor Akbar.
The magnificence of the tomb can also be understood from the fact that Akbar sought to create something so impactful dedicated to his father’s memory that it shall oust the tomb of Sher Shah Suri which was located in Sasaram, who was Humayun’s nemesis. Sher Shah’s tomb was set in a pool of water that represented the waters of paradise. However, Sher Shah’s tomb could not compare to the sheer size and grandeur of Humayun’s tomb.
Humayun’s Tomb is also known as the ‘dormitory of the Mughals’ as almost 150 Mughal family members lie buried over here. Other structures in the tomb complex include: Isa Khan’s tomb, Barber’s tomb, Nila Gumbad, Bu Halima’s garden tomb and Afsarwala garden tomb. Isa Khan Niyazi was a prominent Afghan noble in the court of Sher Shah Suri.
Humayun’s Tomb is not one but many things: for some it is a symbol of a wife’s love for her beloved husband, for some it is a young boy’s dedication to the memory of his father as well as a tool to mark the presence and the stability of the Mughal Empire in India, for some it became a dumb witness to the end of Mughal dynasty when Hodson shot dead the sons of Bahadur Shah Zafar while for some it became a place of refuge during the partition.
Humayun’s grave at the tomb is flat, Humayun had been buried at two different locations, first in his palace and later in Sirhind, Punjab before being finally buried at the Humayun’s tomb. Therefore, his body had been completely decomposed. At the time of his burial at the Humayun’s tomb, his body was devoid of male genitals that are essential to mark the grave male. In Islam, all male graves have a distinguishing feature, a stone on the top of the cenotaph, also known as the.

It is the first garden tomb in India.