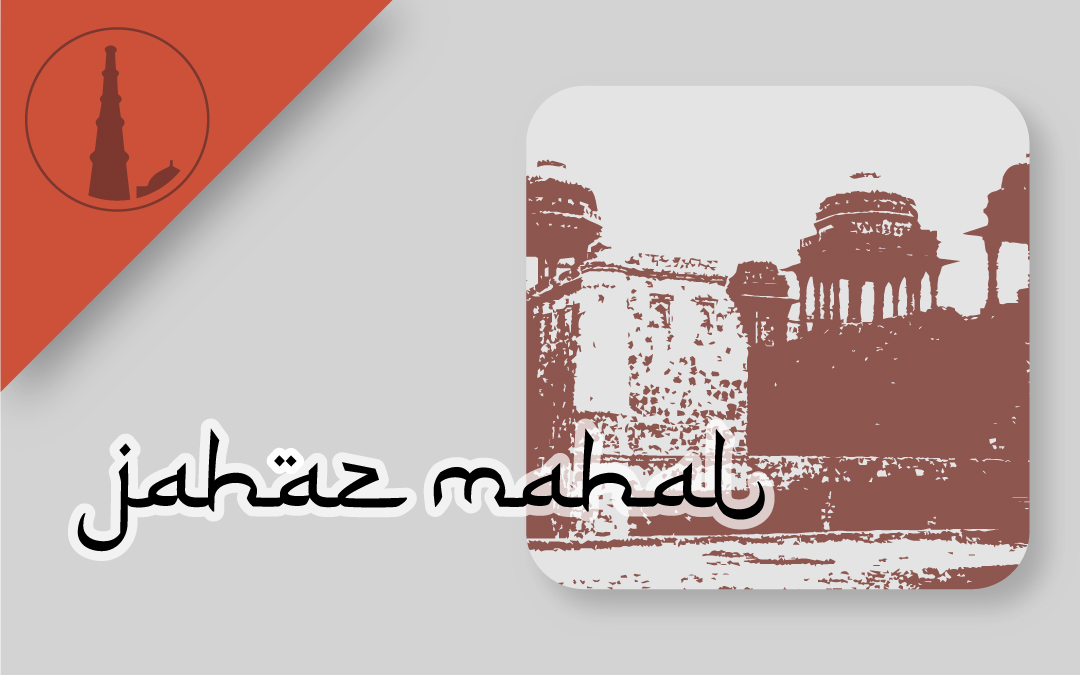 The Jahaz Mahal, located on the north-eastern corner of Hauz-i-Shamsi, was built during the Lodhi period. The Jahaz Mahal or Ship Palace was so named as its reflection in the Hauz-i-Shamsi made it look like a ship. It was probably used as a summer retreat by the Lodhis. It is also one of the many venues that are covered by the Phool-walon ki Sair or Sair-e-Gulfaroshan.

The Jahaz Mahal, located on the north-eastern corner of Hauz-i-Shamsi, was built during the Lodhi period. It is constructed out of local grey stone and red sandstone while the decoration is done in glazed blue tiles. It consists of a courtyard with dimensions 55feet by 30 feet and is enclosed by arched chambers. However, the chambers on the southern side have not survived. The structure is accessible by a flight of stairs on the eastern side that has a gateway crowned by a baradari dome and adorned in blue tiles. The building also consists of a mihrab on the western wall. It has square ‘chhatris’ on its four corners while that of the prayer chamber is octagonal in shape.

a. “Monuments of Delhi: Lasting Splendour of the Great Mughals and Others. Volume III Mehrauli Zail.”1997. b. https://en.wikipedia.org/wiki/Jahaz_Mahal c. https://www.rekhta.org/