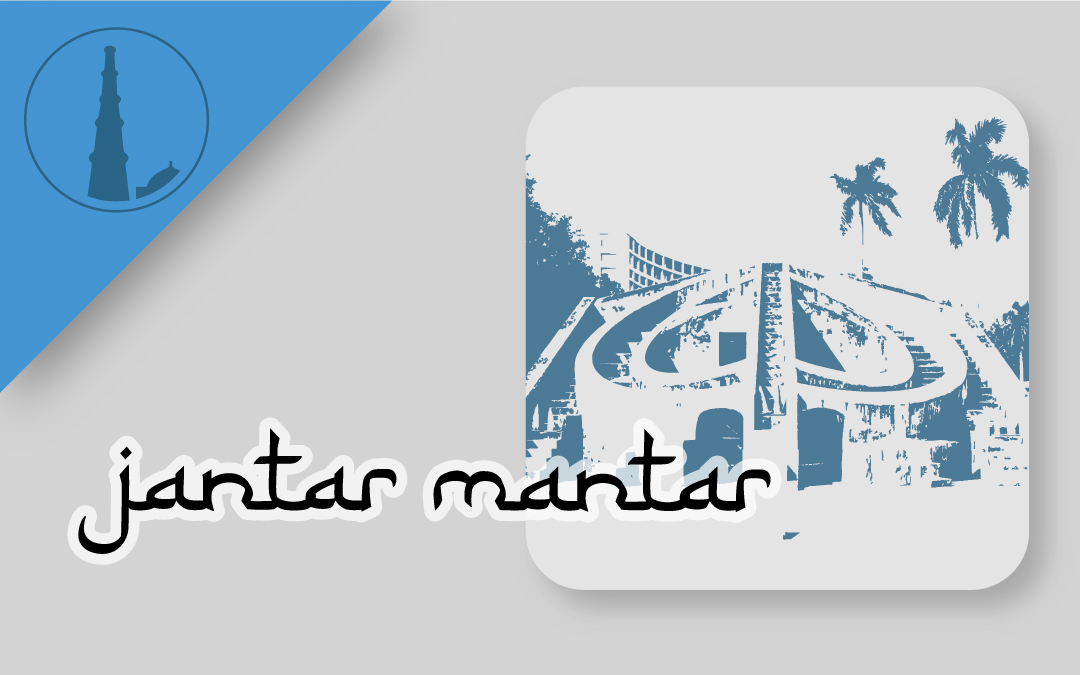 Jantar Mantar was built by Maharaja Sawai Jai Singh II of Jaipur in the year 1724 C.E. He built his astronomical observatories at five cities, first in Delhi and then in Jaipur, Ujjain, Benaras and Mathura. The Delhi observatory is named as Jantar Mantar, ‘jantar’ a corrupted form of the Sanskrit word ‘yantra’ meaning instrument. It is an atronomical marvel that helps to make observations with the naked eye.
Although the telescope had been in use in Europe for almost over 100 years during the 1700s, Jai Singh chose the naked eye as the basis of his observations. The answer to this intriguing issue lies in the fact that Jai Singh belonged to a culture that focused on the sensory experience of its arts and sciences. He also sought to create more stable and larger instruments with the permanency of masonry that would rule out the inaccuracies of brass instruments due to the wear and tear in their moving parts. Thus, he made attempts to revise and update earlier ephemerides such as the Zīj-i Ulugh Begī.
Jantar Mantar consists of the following instruments, most of which are used to know the position of the celestial objects by keeping the local horizon as the reference point:
1. The Samrat Yantra or the Supreme instrument is a sundial that is parallel to the Earth’s axis and facilitates to check time.
2. The Jai Prakash Yantra is a hemispherical structure, located south of the Samrat Yantra, and is used to know the positions of the stars.
3. The Ram Yantra, having two circular buildings, is located south of Jai Prakash.
4. The Misra Yantra or the mixed instrument, located north-west of Samrat Yantra, helps to note the shortest and the longest days of the year.
5. A measuring platform is located south of Misra Yantra.
However, after the demise of Jai Singh in 1743 C.E. his observatories were abandoned, so much so that the Mathura observatory was completely dismantled before 1857. It was only during the 19th and the 20th century that restoration work for the observatories was initiated.
Jai Singh and his observatories became an epitome of science and logic and a vision that was much ahead of its time.

a. “Monuments of Delhi: Lasting Splendour of the Great Mughals and Others. Volume II Delhi Zail.”1997.
b. https://www.incredibleindia.org/content/incredible-india-v2/en/destinations/delhi/jantar-mantar.html
c. http://www.jantarmantar.org/learn/Jai%20Singh/index.html
d. https://link.springer.com/referenceworkentry/10.1007%2F978-1-4614-6141-8_252.