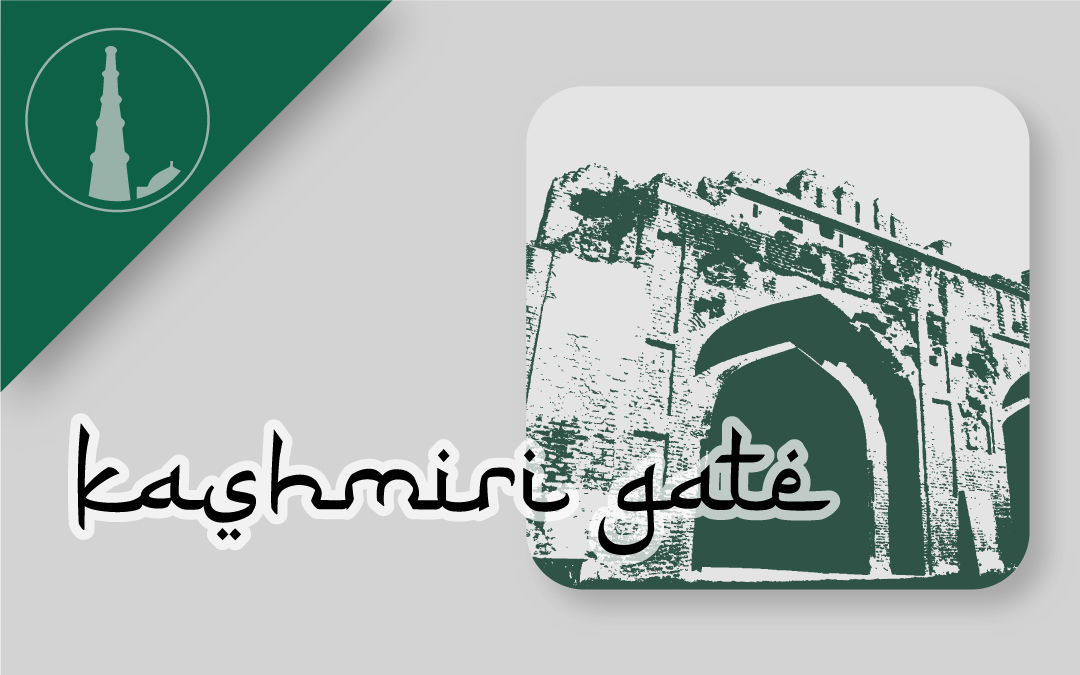 Kashmiri Gate is one of the many gates of the imperial city of Shahjahanabad, built in the 17th century. Located in the north, the gate was built in the direction of the road that led to Kashmir and was hence named the Kashmiri Gate.
The mansion of Dara Shikoh, known as Manzil-e-Nigambodh, was built just inside the Kashmiri Gate. Fakhr-ul masjid, also known as Lal Masjid and Sikandar Sahib’s Masjid, was built near the Kashmiri Gate in the year 1728-29 by Kaniz-i-Fatima, in remembrance of her husband Shujaat Khan, a nobleman in Aurangzeb’s court. Fakhr-ul-Masjid, literally meaning ‘Pride of Mosques’, was named after Kaniz-i-Fatima whose title was Fakhr-i-Jahan. Located close the gate was Qudsiya Bagh, a charbagh mughal garden built by Nawab Qudisiya Begum.
When British took control of Delhi in 1803, they made a number of changes to its landscape. Colonel James skinner, who was an Anglo-Indian soldier, built St. James Church around Kashmiri Gate in 1836 C.E. It is also known as Skinner’s Church and is the oldest church in Delhi. Other colonial buildings and structures that were located here included: the Magazine, used for storing gunpowder and ammunition; Old Customs House, which levied taxes on trade passing through Kashmiri Gate and the Lothian cemetery, used by the Christian population to bury their dead.
This area also witnessed intense fighting during the Revolt and Seige of Delhi, 1857. Brigader-Major John Nicholson, one of the heroes of Delhi Seige, was fatally wounded and was later buried in the Nicholson’s cemetery.
During the latter half of the 19th century, this region also saw the coming up of Old St.Stephen’s College, General Post Office, Bengali Club and Kashmiri Gate Market.
Today, Kashmiri Gate has become an important junction for transportation and is well known for its ISBT (Inter State Bus Terminus). It is also the headquarters of Delhi Metro.