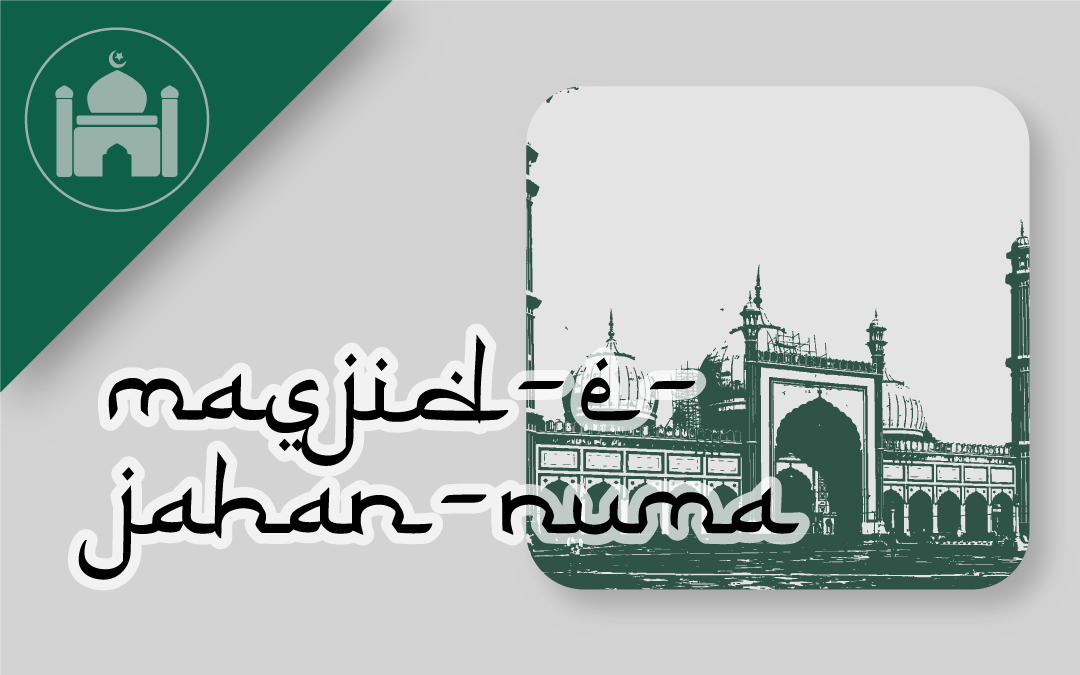 Masjid-e-Jahan-Numa (mosque commanding view of the world) orthe Jama Masjid is one of the largest mosques in India. The mosque is located on a hilly terrain known as Bhujalal Pahari and provides a bird-eye-view of the city of Shahjahanabad. Emperor Shah Jahan was eager to inaugurate the Jama Masjid as Eid-ul-fitr was approaching. However, there was a lot of debris and construction material lying all over the place. To clean the clutter in such short period, an innovative method was applied. Royal orders were issued to the general public that they can take whatever construction material they needed. Everything was cleared up too soon!!!!
One of the bazaars called the Khas Bazaar connected the Jama masjid to the Qila Mubarak; however, this bazaar has not survived after the Revolt of 1857. In the middle of this bazaar was a large chowk constructed by Sa’adullah Khan. Another bazaar that sprang up every Friday on the steps of the masjid was a weekly bazaar known as the Juma Bazaar that dealt in the sale of books and paintings. Jama Masjid also consists of the shrine of Sarmad which is located at its foot. Sarmad was the Armenian mystic friend of Dara Shikoh.
Jama masjid, a congregational mosque, can accommodate around 25,000-30,000 and therefore becomes a focal point for the faithful during the holy month of Ramdan. The masjid consists of a water pond in the middle that is used for the ablution by the visitors. At iftaar time, the courtyard of jama masjid lies lined with dastarkhwan (table cloths) on which people sit and enjoy their meals, thus breaking their fasts, that consists of fruits, namkeen, dates, juice and sweets. The restaurants located around the masjid are also jam-packed with people at the time of the iftaar, as people break their fasts with delicacies such as dates, biryani, succulent kebabs, parathas, tea and so on.