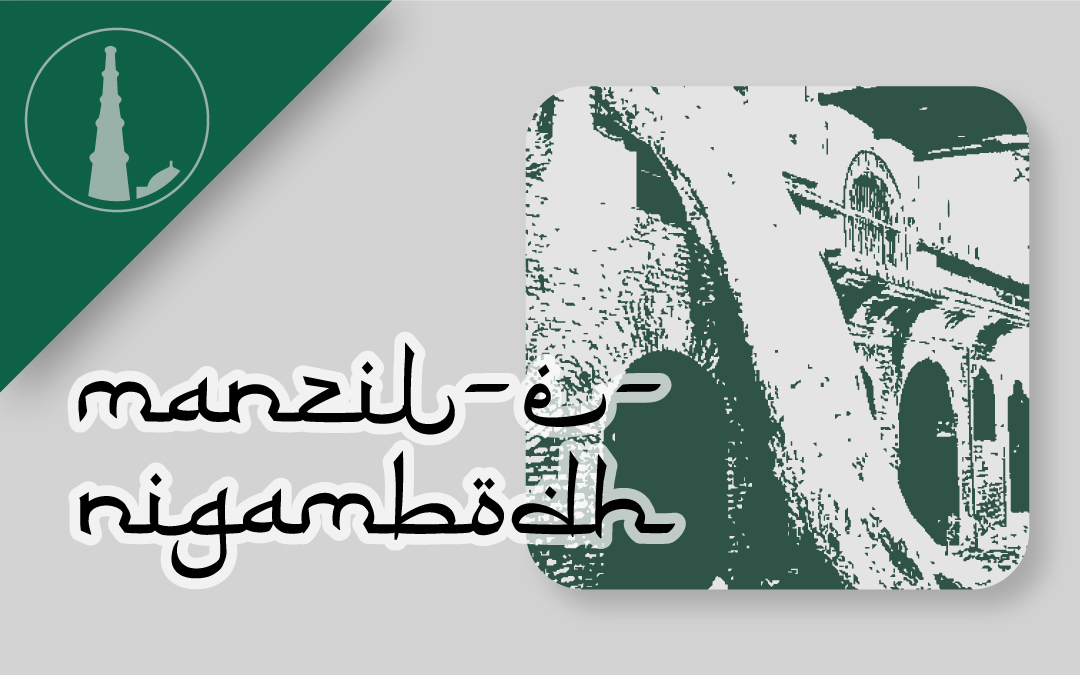 The wise see not a second in essence
We and you are mere calling words,
See One contained evident in many-
See One hath formed in shapes many.
-Prince Dara Shikoh

The Nigambodh Ghat located on the bank of river Yamuna was named so, because according to the Hindu myth and tradition the spot was blessed by Vishnu who named it ‘Nigambodhak’ that literally translates ‘which makes known the knowledge of Vedas’. Thus, in popular belief the knowledge of the Vedas could be attained by simply taking a dip in the waters of this Ghat.
The mansion known as Manzil-e-Nigambodh was built on the Nigambodh Ghat by Prince Dara Shikoh between 1639-1643 C.E. at the cost of 4,00,000 rupees.It was here that the significant work of translating the Upanishads into Persian was undertaken and was published in 1656 as Sirr-e-Akbar. However, the mansion has not survived and what remains today is the structure that is known as the Dara Shikoh’s Library located on the Lothian road inside the Ambedkar University. His library thereafter has been into the possession of different patrons.
After Dara Shikoh’s death, his mansion came to be occupied by Prince Muazzam, Aurangzeb’s son. Thereafter, Nawab Safdarjung bought it in 1743 from Muhammad Shah Rangeela. It was then converted into first British Residency under Sir David Ochterlony and later it changed into a government college, a municipal school and office of the state archaeology department.
Dara Shikoh was the eldest and most favoured son of Emperor Shah Jahan. He was the heir apparent who was later killed by his brother Aurangzeb in the brutal ‘war of succession’ for the imperial Mughal throne. Defeated, when Dara Shikoh was brought to Delhi, he was tied up in chains and paraded around on a dirty elephant. He was killed in front of his son and was then buried in in Humayun’s tomb. His grave still remains unidentified.
Many historians have speculated of what would have been if Dara Shikoh would have succeeded his father, Shah Jahan. Scholars like Audrey Truschke is of the opinion that would have been equally disastrous for Dara was not a capable military leader and would have been as vulnerable to violence for he would also have killed the rest of his brothers as they would have been potential threat to the throne.