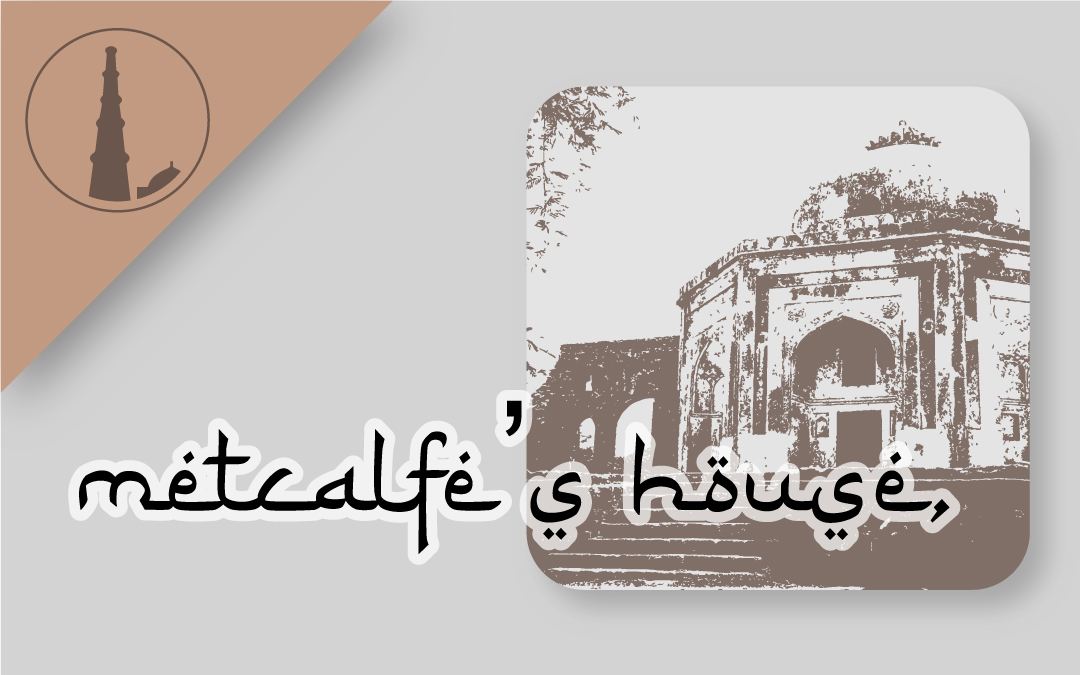 The Metcalfe’s House belonged to Sir Thomas Metcalfe, the Fourth Baronet and the British Resident at the court of Bahadur Shah Zafar. It is located near Civil Lines. In reality, the property where this house was built originally belonged to the gujars who did not wish to sell their land which was eventually taken from them. Therefore, when the mutiny of 1857 was in full surge, the gujars attacked and looted the house to settle the accounts. Thomas’ son Theophilus Metcalfe left the in the morning for office and never returned back. All the costly furniture and treasures were looted and the library containing 25 thousand books was put to fire. After the mutiny, the ruined house was sold for Rs.30, 000. It changed several hands and was associated with a no. of law suits. It eventually came under the ossession of Government of India and was restored to its former glory. Today, it houses the many divisions of DRDO (Defence Research & Development Organisation) and is kept out of public reach.

It consisted of a study (also called small card room), library and Napoleon Gallery (big card room) facing the north, to the east and the west were the drawing room and banqueting room respectively. Other rooms included a small dining room, reception room, serving room, oratory, lobby (Palm court), bed room of Sir Thomas and sitting room of Lady Metcalfe and so on. A beautiful verandah with dimensions 20-30 feet wide surrounded the house and had fine stone pillars. It also contained an English Garden. Located on the north-east corner of the house, is the Napoleon Gallery devoted to Napoleon and decorated with engravings of Emperor and his generals. Near the river jamuna were located several Taikhana rooms that formed the cool billiard rooms during the summers. The house was looted and ruined during the mutiny of 1857.

a. “Monuments of Delhi: Lasting Splendour of the Great Mughals and Others. Volume II Delhi Zail.”1997.
b. https://en.wikipedia.org/wiki/Metcalfe_House