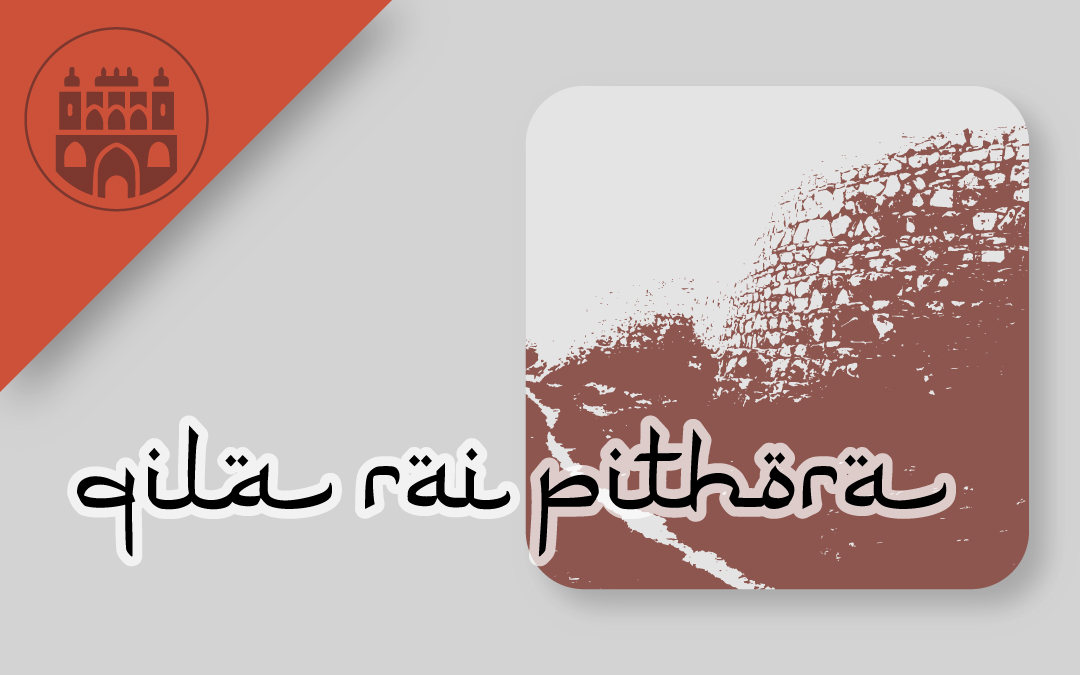 mit gaye ban ke qasr o mahal, naam ko ek laa-makaan baaqi raha
as specks of dust in the wind, palaces and forts were swept away. only he, who needs no dwelling remains and will remain always
– zaheer dehlvi

Known as the last Hindu ruler of Delhi, Prithvi Raj Chauhan III or Rai Pithora was a valiant king whose capital was Ajmer. He married Samyukta after eloping with her and thereafter spent significant time in Delhi. He is believed to have extended the fortification of Lal Kot to what we today see as Qila Rai Pithora ruins. The fortification was later modified again to suit the new rulers after 1192 and evolved into ‘Qutub Delhi’.
There are many legends about the bravery and talents of Prithvi Raj Chauhan. An expert archer, he could shoot targets using their sound. He knew many languages and was well versed in history, mathematics, medicine, painting, philosophy and theology. The defeat of Rai Pithora in the second battle of Tarain in 1192 C.E opened the gates of Delhi and India to the Turkish, Afghani and later Mughal rulers.

The shape of the fort of Rai Pithora is roughly rectangular. Like lal kot, the remains are scattered and are in ruined condition.

a. https://learn.culturalindia.net/prithviraj-chauhan.html
b. “Monuments of Delhi: Lasting Splendour of the Great Mughals and Others. Volume III Mehrauli Zail.”1997.
special action – the player who lands here is accelerated directly to lal quila (35)