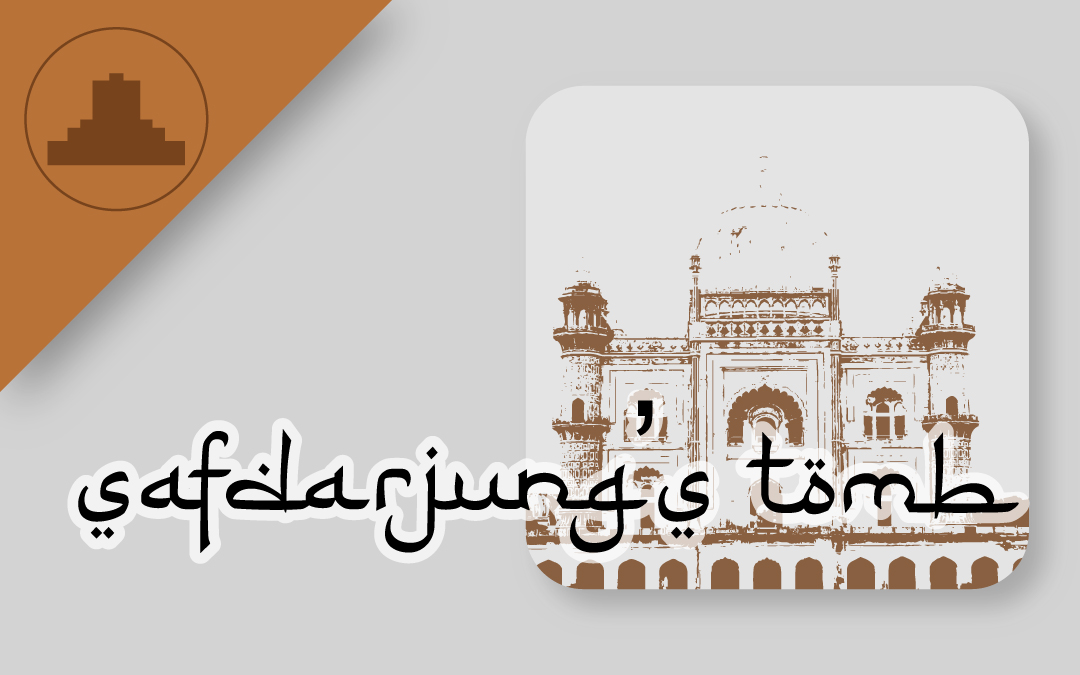 Safdarjung’s tomb was built in 1754 C.E. by Nawab Shuja-ud-daula for his father, Safdarjung. It was built at the cost of three lakh rupees under the supervision of Bilal Muhammad Khan. It is popularly known as “the last flicker in the lamp of Mughal architecture at Delhi”. It is the last example of garden-tomb structure of the Mughal architecture, with the first one being the Humayun’s tomb that is located at the exact opposite end of the Safdarjung’s tomb. The latter also has a stark resemblance with the former, although the former is more virile in appearance. The marble used in the construction of the tomb was taken from the tomb of Abdur Rahim Khan-i-Khanan.
Safdarjung’s real name was Abul Mansur Mirza Muhammad Muqim Ali Khan. A functional madrassa located in the tomb complex was therefore called ‘Mansur ka madrassa’. The title of ‘Safdarjung’ was bestowed on him by the Mughal emperor Muhammad Shah Rangeela. Safdarjung was the Subadar of Oudh or the Awadh province from 19th March 1739 till 5th October 1754, a position he acquired by succeeding his maternal uncle – cum – father-in-law and bribing the Persian ruler Nadir Shah, who sacked Delhi, with twenty million rupees. In 1748, when Ahmad Shah ascended to the throne, Safdarjung was made the prime minister (Wazir ul-Mamlak-i-Hindustan) of the Mughal Empire. He was a shrewd politician and a brilliant administrator who eclipsed the monachs he served, not only in life but in death too. His tomb is the last piece of Mughal architecture, constructed on such a large scale, that too for a wazir, as even the last Mughal emperors were not buried in such grandeur.
Today, the arcaded pavilions located within the structure are used as offices by the Archaeological Survey of India. The Jangali Mahal on the western side is now used for antiquary. The Badshaah Pasand on the southern side was the erstwhile office of Delhi circle, ASI. The Moti Mahal located on the northern side is the office of the horticulture department.

Safdar Jung’s Tomb, built in red sandstone and marble, is representative of the late Mughal architecture. Constructed by Nawab Shuja-ud-daula for his father, Safdar Jung; the tomb bears a stark resemblance to that of Humayun.