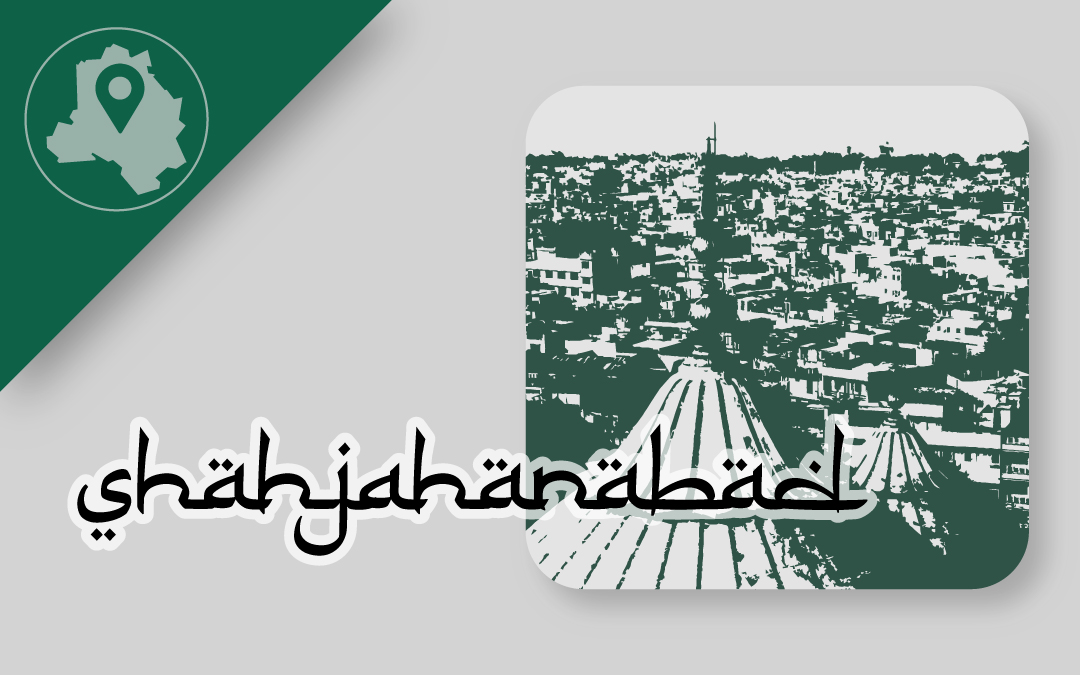 Shahjahan was a great patron of architecture and his pursuits were not limited to Shahjahanabad itself, evident from the construction of Taj Mahal and various other structures. The city of Shahjahanabad or the ‘Abode of Shahjahan’ was the last city of Delhi before the British rose to power. Its foundation was laid in the year 1639 C.E. and was finally completed in 1648 C.E. Shahjahanabad was conceived as the axis mundi of the empire.
When the site of Shahjahanabad was finally settled upon, trenches were dug by the builders of the city, Ustad Ahmad and Ustad Hamid. On 29th April 1639, these trenches were then filled with bodies of freshly beheaded criminals as a sacrifice conducted for ensuring the success of the venture.
The city was bounded by a massive wall marked by 27 towers and interspersed with various gateways. The major gateways include: Nigambodh gate and Qila Ghat gate in the north-east on the bank of Jamuna, Rajghat and Zinat Al-Masjid Gate on the east fronting the river; the first gates allowed the hindus to perform their funery rites. Kashmiri gate and Mori gate were located towards the north-west; Kabuli gate, Lahori gate and farrashkhanah gate on the west, Ajmeri gate and gate of Gazi al-din Khan on the southwest; Turkomani gate and Akbarbadi Gate on the south. The inner circumference of the city wall contained wine shops, mandi and grain gunjes for receiving goods and slaughter houses while another concentric circle within contained sarais and inns for travellers and traders.
The lane of Chandni chowk running from Qila Mubarak in the east to the Fatehpuri Masjid in the west, divided the city into two unequal halves: the north was dotted by expansive gardens, sarais, ghats and hammams while the south- western portion contained greater population density.
A number of masjids dotted the landscape of Shahjahanabad. However, three masjids of Shahjahanabad are known by the same name, the sunehri masjid. The first sunehri masjid is located near the kotwali chowk, in the lane of Chandni chowk. The second sunehri masjid, also known as Qazi-Zadon ki Masjid is located in the Faiz Bazaar. The third Sunehri Masjid is located south of the Delhi Gate of Qila Mubarak and was built by Nawab Qudsiya Begum, the mother of Ahmad Shah in 1751 C.E.
Bazaars formed an integral part of Shahjahanabad. Ghulam Muhammad Khan noted down as many as fourty-six bazaars in the year 1785. These included the sabzi mandi (green grocer’s market), katra neel (indigo market), khanam bazaar (military hardware market), khari baoli (spices, nuts and dry fruit market), nakhas (slave, birds and beasts market), dariba kalan and kinari bazaar to name a few. Others were well known markets that catered to the upper section of the society such as the chowk of Saadullah Khan and Chandni Chowk. The general markets consisted of the Khas or Mina bazaars. The chawri bazaar; located behind the Jama masjid, deals in hardware and paper ply. It was originally occupied by the courtesans of the Mughal court, who were later pushed elsewhere due to the puritanical setup of the society.
Some sections of the city were conspicuous by the presence of a single occupational group such as the chamar ka hata (compound of leather workers), kucha chini wala, kaghzi bazaar and so on.
Another major bazaar of Shahjahanabad was the Faiz Bazaar or ‘bazaar of plenty’.it was initially called the bazaar in the direction of Akbarabad. It ran from the Akbarbadi gate of Qila Mubarak to the Akbarbadi gate of the city. Through its middle ran a branch of Nahr-i-Bihisht (paradise canal). Raushan-ud-Daulah put up lights on either side of the canal in the early 18th century. Located immediately south of the palace gate; at the head of the bazaar, was a mosque constructed by Akbarbadi Begum. It was made of black, red and creamy white and was known as ‘Ashat Panahi’ or ‘great protection’. This mosque was later demolished by the British after the Mutiny of 1857.
Today, Kinari bazaar is a dazzling market dealing in gilt laces, sequins and Swarovski elements. The market caters not only to home dressmakers but also to professional dress designers who come in search of accessories for their creations. This bazaar is a must destination for wedding shoppers.