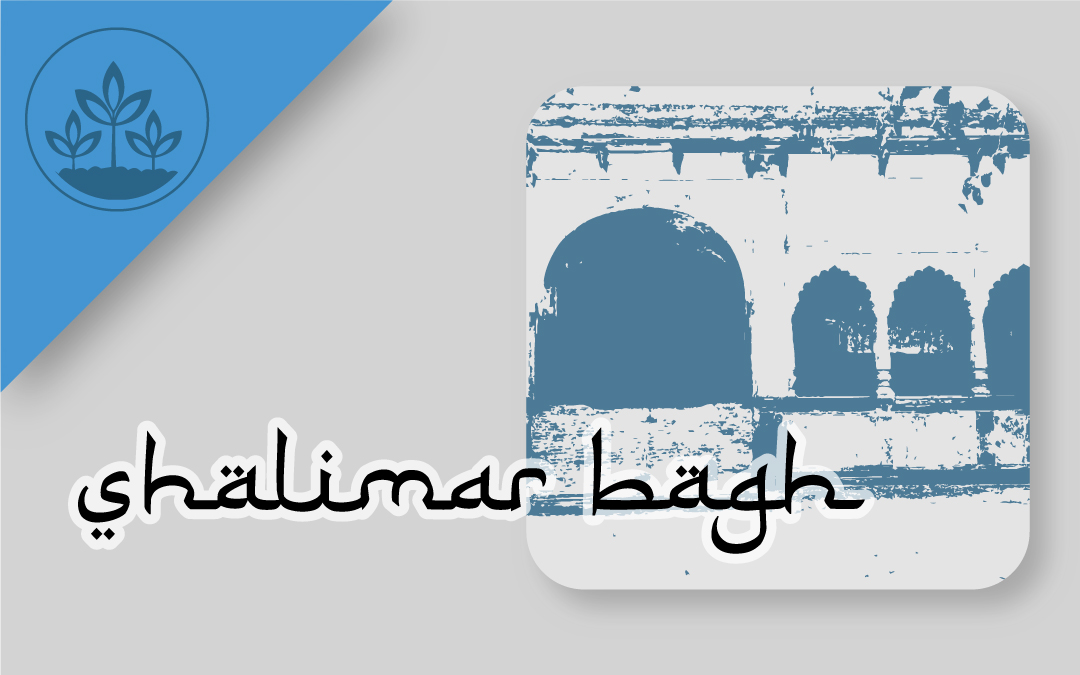 Today, the area of Shalimar Bagh corresponds to a large neighbourhood in west Delhi. However, the ‘district park’ of Shalimar Bagh, in reality, is a 17th century Mughal Garden of great historic significance, the place where Aurangzeb crowned himself as the Mughal Emperor on 31st July 1658 C.E. It was laid in the mid-1650s and was presented by Shahjahan to his wife, Akbarbadi Begum. It was called ‘Bagh Aizzabad’ or ‘Shalimar’, situated at some distance north-west of Shahjahanabad. It was later on that Akbarbadi Begum built a ‘sarai’ in the garden with her own money.
Literally meaning beautiful, it was a typical Mughal garden dominated by trees along with flowerbeds and parterres. At the far end the garden was a section that resembled the layout of the terraced gardens of Kashmir or Pinjore. The structure was such that the water channel from one terrace flowed to the other level. However, over time the terraces of Shalimar Bagh have levelled off and it is difficult to identify separate levels of ground. The garden is dotted with pavilions at each level, the topmost being a large ‘dalaan’. Interior of the dalaan are remains of plaster painted with floral motifs.
Over the centuries, the garden has changed hands several times. After the Mughals, it came under the possession of the Marathas, before it went to the British. The British added gazebos and other colonial structures to the garden. Some people like David Ochterlony and Thomas Metcalfe turned it into their private estates. Some of the colonial structures have survived till present day.