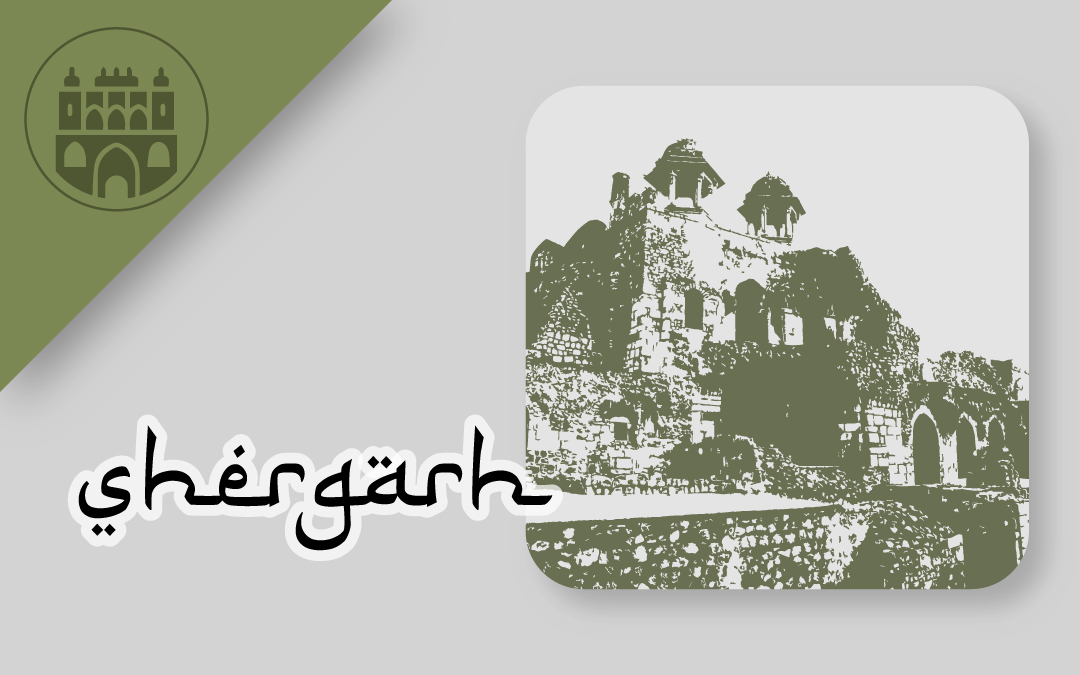 Sher Shah Suri decided to build yet another city after defeating Humayun in the battle of Kannauj in 1540. Building a new city and marking one’s presence was then considered a sign of victory in its true sense. However, it is very difficult to assess which portions of the city as well as the citadel of Purana Qila was constructed by Humayun or by Sher Shah Suri since there is very slight difference in their constructional and architectural style as their periods of construction is not very far away.
The citadel of Purana Qila consisted of three gateways: one of these, located on the west, was known as Sher Shah’s Darwaza or the Lal Darwaza, providing an entrance to Shergarh. This gate stands next to the Delhi High Court located on the Mathura road.
Sher Mandal is a red brick tower located in Purana Qila. Its construction is popularly ascribed to Sher Shah Suri. However, some scholars argue that it was constructed by Humayun himself. The historic significance of Sher Mandal lies in the fact that it was through its staircase that emperor Humayun fell and died, succumbing to his fatal injuries on his head, just six months after he had regained his long lost empire. If the structure was constructed by Sher Shah Suri, it made him Humayun’s nemesis not only while he was alive but in death too, as it was his structure that became the cause of Humayun’s death.
For the purpose of construction of later cities, particularly Shahjahanabad, construction material was appropriated from Sher Shah’s city. Likewise, Sher Shah’s city was built from the material taken from previous cities, particularly Siri.
Another Mughal era strucrure situated opposite the citadel of Purana Qila but within the precincts of the city was Khair-ul Manzil. It was commissioned in the year 1561 C.E. by Maham Anga, the wet nurse of Emperor Akbar.
Today, the complex consists of some old ruined structures, a zoological park, a lake and the Bhairon Temple.
During the Second World War the citadel of Purana Qila was used as a prison for Japanese detainees kept by the British.