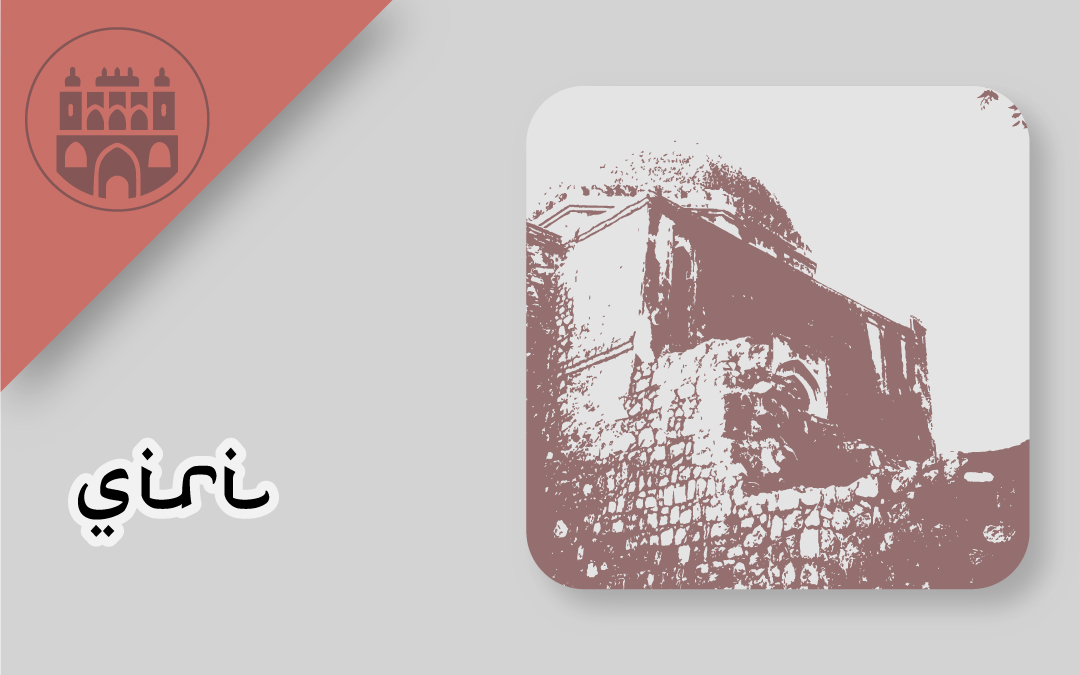 One of the cities of Delhi built by Alauddin Khilji around 1303, Siri was located northeast of the Qutub Delhi and was initially called the Lashkar or Lashkargah (army encampment). Later on it was named Darul Khilafa (“Seat of the Caliph”). This city and fort was built essentially as a defence against the Mongols. Legend has it that it was named Siri due to the fact that Alauddin Khilji ordered to hang the severed heads (“sir” meaning heads) of 8000 Mongol soldiers around the fortification to instil fear in the Mongol attackers.
In recent times Siri was rediscovered by Cunnigham who identified it in the village of Shahpur Jat. Sher Shah Suri is attributed to have destroyed Siri and use the material in the construction of his own city.
There are two structures known as the Tohfewala Gumbad and Thanewala Gumbad located in the village of Shahpur Jat. The Thanewala Gumbad, a baradari, got its name from from a police station situated near it in the 19th century. While the Thanewala Gumbad is located inside the village of Shahpur Jat, the Tohfewala Gumbad is located on the edge of the village. The latter is a 14th century mosque, although it resembles a tomb.
Located close to the ruins of Siri, is the Asian Village Complex which is also known as the Siri Fort Complex.

Siri, the second city of Delhi was built by Alauddin Khilji, was rediscovered by Cunnigham who identified it in the village of Shahpur Jat as its memory was lost over the years. Located between Qutub Delhi and Kilokhari, the total area amounts to about 1.7 square kilometres. The fortification of Siri is roughly circular and is corroborated with the description given in Yazdi’s Zafarnama.