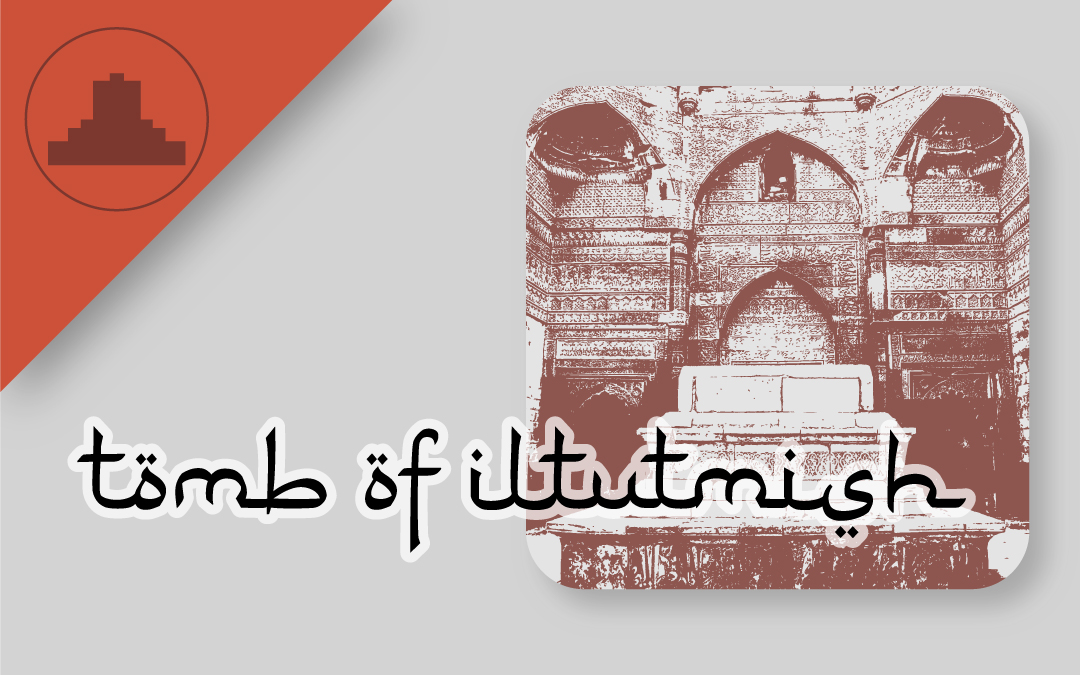 woh sufi ke the khidmat e haq mein mard, mohabbat mein yakta hamiyat mein fard
he was a mystic, in the service of god, unique in his love and humility of his soul
– allma iqbal

Sultan Shams-ud-din Iltutmish of the Mamluk (slave) dynasty, who ruled from Delhi, was a unique soul. There are many legends associated to the sufi inclination of Iltutmish, however, his decision to choose his daughter, Razia Sultan, as his successor, during a time when women were not treated at par with men, is truly remarkable, progressive and ahead of its time. Razia Sultan, possibly the only female ruler of Delhi before democratic India, is credited to have built this tomb in his memory. The simplicity of the structure and the tomb which lies open to the sky, possibly reflect the simplicity and the ‘sufiana’ of iltutmish.

The tomb was built in 1235 C.E. by Iltutmish himself. The tomb is made of red sandstone and marble .The interiors of the tomb, in contrast, are exquisitely carved and rich in calligraphy and motifs. The cenotaph is made of marble is located at the centre of the inner chamber and is 7feet 7 inches high. The tomb plan is square in shape covering an area of 29feet 6 inches sq. Some scholars are of the opinion that the tomb had a dome above which has not survived and is now open to sky. The walls on the north, south and east have doorways. The western wall consists of 3 mihrabs, the central one being higher than the rest and is adorned with marble. The diagonal arches inside the tomb covert the square shape into an octagon. The tomb is one of the best examples of Hindu masons’ work being made suitable to the needs of Islamic architecture. Later, the tomb was repaired by Feroz shah Tughlaq.