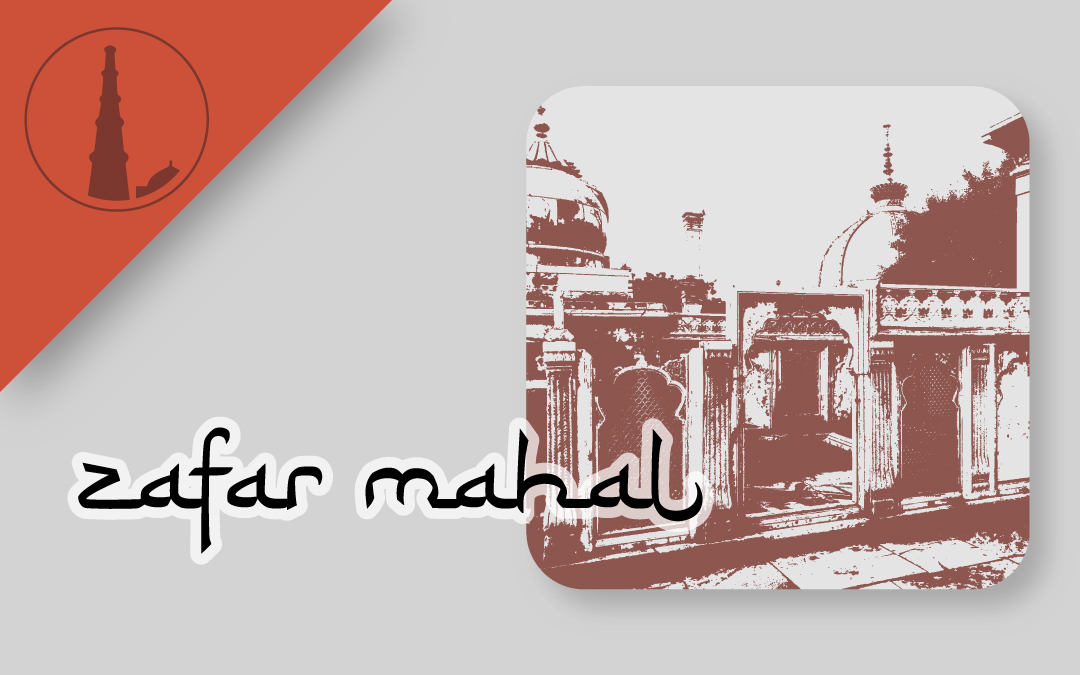 The first two lines written by Seemab Akbarbadi however, are popularly ascribed to the last Mughal ruler, Bahadur Shah Zafar. The story of both Bahadur Shah Zafar and his Zafar Mahal somewhat runs parallel: the last ruler of the glorious Mughal dynasty waning away in the distant land of Rangoon while his palace, Zafar Mahal lies forgotten in the busy streets of Mehrauli. It is the last building of the Mughal architecture. The palace was used as a summer retreat by the late Mughals. The Moti Masjid or the pearl mosque built by Bahadur Shah I in the beginning of the 18 th century was also added to the palace complex. It is also one of the important venues of the Sair-e-Gulfaroshan. Bahadur Shah Zafar was a tragic figure of the Mughal dynasty. After the British emerged victorious in the sepoy mutiny of 1857, Bahadur Shah Zafar took refuge at the Humayun’s Tomb. The tomb became a witness to the end of Mughal dynasty. It was at Humayun’s tomb that the last Mughal ruler surrendered to the British and was exiled to Rangoon, where he took his last breath. Although a badshaah of the once glorious Mughal dynasty, poor Zafar’s last wish of being buried in Mehrauli could not be fulfilled which he expressed in his poem.

This palace belongs to the time 1847-48 C.E. and is located in Mehrauli. Initially built by Akbar II, the main gateway to the palace called the Hathi Gate was added by Bahadur Shah Zafar. Known as the Hathi gate, it was built to facilitate the entrance of elephants. The condition of the gateway is good while the palace stands ruined. The material used for its construction includes red sandstone and white marble. The width of the entrance opening is about 12 feet. The gateway is marked by polyfoil design- 12 foils in total. The entire gateway structure is three storeyed and spreads outwards on either side’s corners. It also consists of a loggia above the entrance and small projecting windows with curved Bengali domes on either side of piers. Built in the late Mughal style, the unique feature of the gateway is a broad chhaja. Inside the gateway, vaulted rooms appear that run south and east. They might have been used like the chhatta chowk of the Lahore gate of Red fort. The upper rooms and roofs are accessible by a staircase located at the back of the building. Moti masjid Constructed by Bahadur Shah I at the beginning of the 18 th century, it is now included into the palace complex. It is constructed out of white marble and hence called the moti masjid or the pearl mosque. It rests on a two feet high plinth and is also paved in marble along with the prayer chamber. It is 3-bayed with arched entrances and consists of two rooms of 8 feet square on either side. The structure measures 27feet 3inches by 13 feet. There are three domes that are topped by marble pinnacles. It contains parapets with battlement designs and tapering minarets that are two storeyed.